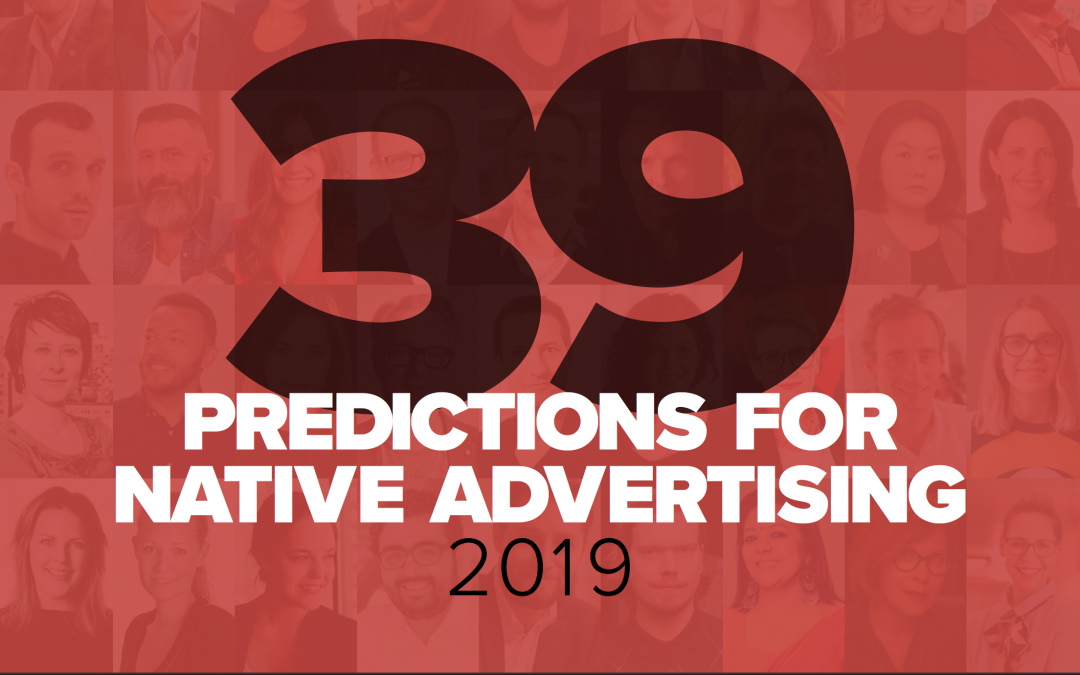 Wondering what’s in store this year?! Ah, great news: Every year, Native Advertising Institute asks experts in the industry what their predictions are for upcoming year. This year, three trends emerged, according to the ebook: technology will enable more measurable content, authentic storytelling will be key, and Native Advertising will play a more central role in marketing, as will strategic partnerships. Check out #39 by our CEO, Lon Otremba, from this insightful read, excerpted below.

With rapid improvements in scale, data and analytics, native programmatic will conclusively win the ROAS (Return on Advertisement Spending) showdown with display.

Scale:
Massive audience reach – given rapid increases in publishers converting traditional display placements into native placements and bringing those placements to open exchanges, combined with the ability to manage reach and frequency – will bring comparable return on ad spend analysis to the table, eliminating all doubt about how native performs compared to other channels.

Analytics:
The tools now exist to dial up performance even further, by creating actionable intelligence around user engagement.

DCO (Dynamic Creative Optimization)
for native will be utilized at scale and will prove to be the single biggest factor in proving the superiority of native versus display. By applying sophisticated decisioning around the creative elements of ad execution and optimizing the most effective combination of elements in real time – as opposed to just optimizing the traditional ad banner creative – DCO will unleash the full power of assembling ads natively. With DCO, native’s reputation of superiority compared to traditional display will be secured.

– an excerpt from NAI’s e-book, 39 Predictions for Native Advertising 2019. Want more from the Bidtellectual? We have a monthly newsletter!

We use cookies to ensure that we give you the best experience on our website. If you continue to use this site we will assume that you are happy with it.OkNoPrivacy policy