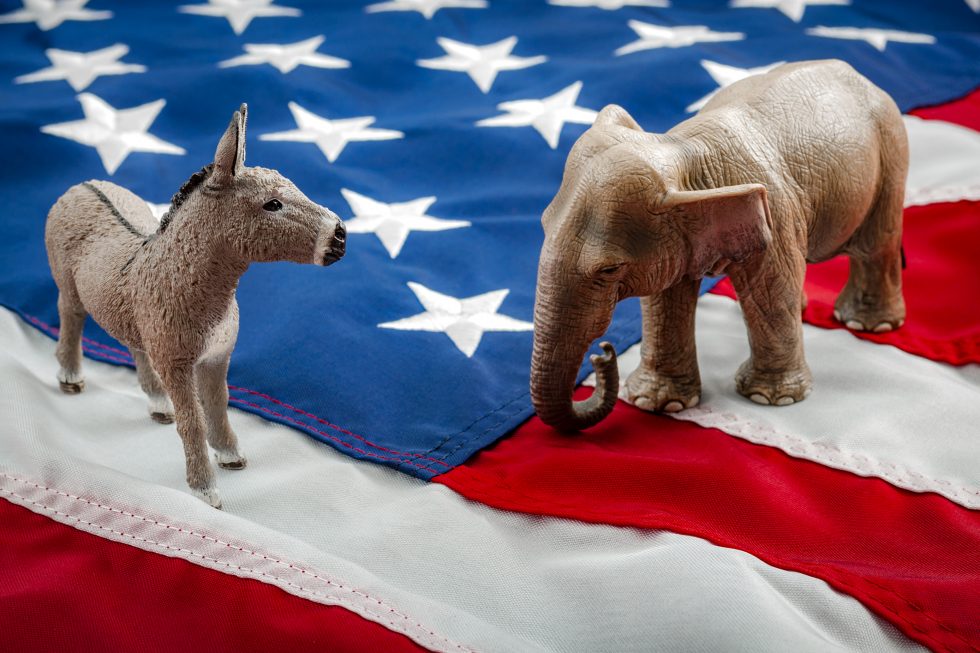 Congratulations to Bidtellectual of the Week Lindsey Morgenthaler, whose clients and colleagues alike sing her praises!

The Senate is Cracking Down on Google, Who Still Says It Doesn’t Monopolize the Digital Ad Market

“Do you know of any other company that exercises this kind of concentration and dominance across every layer of the ad stack?” asked Sen. Josh Hawley, R-Mo, at the Senate on Tuesday. According to NPR, Donald Harrison, Google’s president of global partnerships and corporate development, faced a bipartisan grilling in the Senate on Tuesday over the company’s dominance in digital advertising. Findings from the United Kingdom’s antitrust regulator show that Google has dominant positions in various parts of the ad technology market, ranging from 40% to more than 90%. the Justice Department is reportedly getting ready to le a lawsuit against the company in the coming weeks.

Each election cycle in recent years has seen a greater shift towards digital ad spend. So here’s how the respective parties are planning to spend, so far:

Last month the Biden Campaign announced a $280 million ad buy covering 15states of which 20% would be devoted to digital spending, Business Insider reported. The Biden campaign has spent more than $9 million a week on Facebook and Google since the middle of August. Before that, the campaign had not spent more than $6 million in a week, according to The Hill. In addition, outside groups such as StopRepublicans and Priorities USA have spent tens of millions of dollars on Facebook and Google this cycle. Priorities USA tracked its digital ads in Florida, Michigan, Pennsylvania and Wisconsin and claims that the ads decreased Trump’s net approval rating in those states by 2.5 points between April and July.

The Trump Campaign is focusing on mobilizing its current support network and is currently spending more on digital ads. Since the beginning of August, the Trump campaign has outspent the Biden campaign by $20 million on Facebook and Google, according to The Hill. Other data says they’ve poured more than $170 million into aggressive marketing on Facebook and Google ads, compared to just $90 million from the Biden campaign. Around 20 percent of the Trump campaign’s digital spending, depending on the time frame, has been concentrated in Texas, California and New York, where many donors live.

While we’re focusing on digital, there’s also television: the Biden campaign has outpaced the Trump campaign by $30 million on the television airwaves, according to The Hill. And Mike Bloomberg’s $100 million television ad campaign to help JoeBiden win Florida – a key swing state – will show up on TV screens throughout the state on Friday, according to Sun Sentinel.

Meanwhile, ahead of the election, Facebook is attempting to clean up its reputation. Facebook will shut down all political ads on the site one week before the election to calm fears of nefarious outside meddling and the spread of hate speech and misinformation. The company announced yesterday that they removed more than 1million groups and 13.5 million pieces of content in groups for hate speech in the past year. These figures were released alongside new policies meant to “keep groups safe,” including a new commitment to limit the spread of health advice on the platform, according to Adweek.

Download our One Sheet on Social Media and Native Ads.

B2B Sales Is Still Going Strong, With a Golden Opportunity in Digital Advertising

In the US, B2B digital ad spending is growing 22.6% year over year amid the coronavirus pandemic, according to new data by eMarketer. Adapting to work-from-home, digital events, and ecommerce is key.

Download our one sheet on B2B trends and how to adjust messaging.

Leaves are changing soon?! Check out this Fall Foliage Prediction Map to plan your leaf-peeping trip! It’s the perfect social-distance activity. Bidtellectuals are counting down to our annual All-Hands gathering next week. It will be virtual this year, of course, but we’re pretty excited for some awesome bonding activities and pajama day!