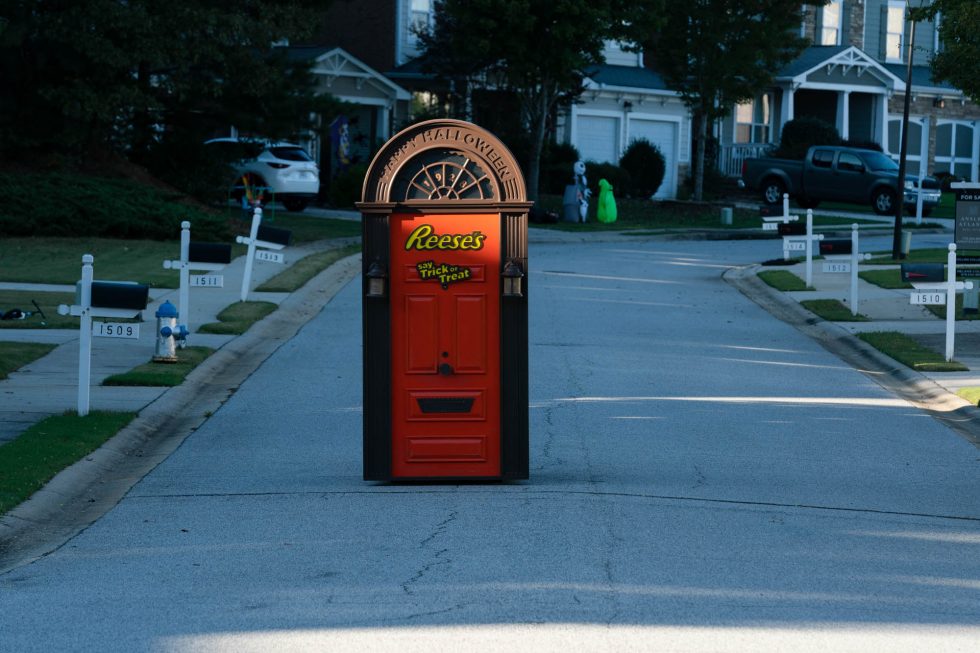 This week’s Bidtellect of the Week goes out to all those in leadership positions in honor of National Bosses Day!

Quibi Quits
Ah, alas. Short-form is now short-lived. Quibi launched on April 6th with megacelebrities and a massive amount of content in tow. The new streaming app was meant to be the ideal form of scripted content for viewers on-the-go: 5-10 minute bite-sized episodes meant to be watched on the train or waiting in line for co ee. Content for “in-between moments,” according to execs. But Quibi launched right as the coronavirus pandemic hit its peak in the United States; offices closed and all forms of commuting ceased. There were no more in-between moments, only long unending days or extremely jam-packed stressful ones. Quibi didn’t release any official numbers, but they evidently didn’t hit their projected 7.5 million paid subscribers by year’s end, and advertisers experienced “significant under deliveries.”Quibi published an open letter to employees, writing that they had exhausted every option and apologized. They are “winding down the business and looking to sell it’s content and technology assets.”

Pinterest Peaks
Meanwhile, image-sharing and inspo site Pinterest is having a much bigger year than planned. At the start of the pandemic, users turned to the app to assist in hunkering down: “It was cooking, kids’ activities, building out their home office and home fitness,” according to Chief Revenue Officer Jon Kaplan. This continued for a while as more and more people transitioned to working from home. People researched a lot on easy-cooking tips, DIYs, new recipes, games, and travel pins. As more and more people are transitioning to the work-from-home norm, data is inclined towards home-office requirements. For example, filing cabinet alternatives was one of the most followed one in this category.

The transition from working in an office to working from home has been a massive jump and it has also shown people how unprepared their home is to take on a ‘working from home’ job, this has left some homeowners worried that if this turns into a long term thing they will not be able to accommodate this need as they do not have the privacy, space, or a good internet connection, to make this work, so they have been looking at ways that they can remedy this to help them if this becomes permanent. For instance, if a home office is of the utmost importance due to the nature of their work, they may want to look at relocating to facilitate their needs and their spouses/partners’ needs if they too are in the same boat. This can be done by using ‘We Buy Houses‘ companies like sellyourlafayettehome.com or similar depending on their location, so they can find the best buyer for their home and get into a new one that has a better layout that can support them with their work. To some this may seem extreme, but with the current climate the way it is people need to be able to sustain a work from home system and if that is not met, work can suffer, jobs can be in jeopardy, and finances can dwindle, so finding the best solution for this time frame is essential.

Taking a home move like this into consideration during this turbulent time, the platform (Pinterest) became an escape and hope-filled inspiration board for the future as well as for new home office ideas and home redecorating to help people feel better about where they are and what they are doing to accommodate these needs. The platform’s monthly users grew more than 40% in the second quarter to 415 million. The expansion is led by new international users (50% growth rate) and Gen Z users, who are joining the platform at twice the rate of people older than 25.

eMarketer’s Latest Report Predicts eCommerce Holiday Cheer
This year, the already cost-conscious consumer will be looking to keep their holiday spending in check, as well as avoid brick and mortar locations. But fear not: ecommerce saves the holidays! Its growth will make up for the expected declines at brick-and-mortar retail. Cyber Monday will be the biggest online spending day in US history with sales of $12.89 billion, up 38.3% from last year. Black Friday is expected to be the second-biggest, with sales anticipated to increase by 39.4% to $10.20 billion, while Thanksgiving will see a dramatic 49.5% sales growth rate.

Good News:
Reese’s Made a Trick-or-Treat Robot Don’t want to get close to a potential germ-filled child during trick-or-treating this year? Reese’s might send you it’s 9-foot robotic trick-or-treat door that dispenses king-size Peanut Butter Cup candy bars along with smoke, lights, and a Halloween soundtrack. Other Halloween adaptations: Mars Wrigley unveiled an app called Treat Town, which lets users across the country virtually trick or treat with each other throughout October. Krispy Kreme also developed a “reverse trick or treat” promotion. Spooky!

How to create authentic Pride month campaigns to build trust with your audience and target consumers.

Spring and Summer Travel Trends & How To Reach Consumers

Spring and summer travel trends & tips that will help build trust and recognition for your brand.

Here’s what you need to know to plan your Father’s Day campaigns this year. Trends, data, & strategy recommendations to set you up for success.